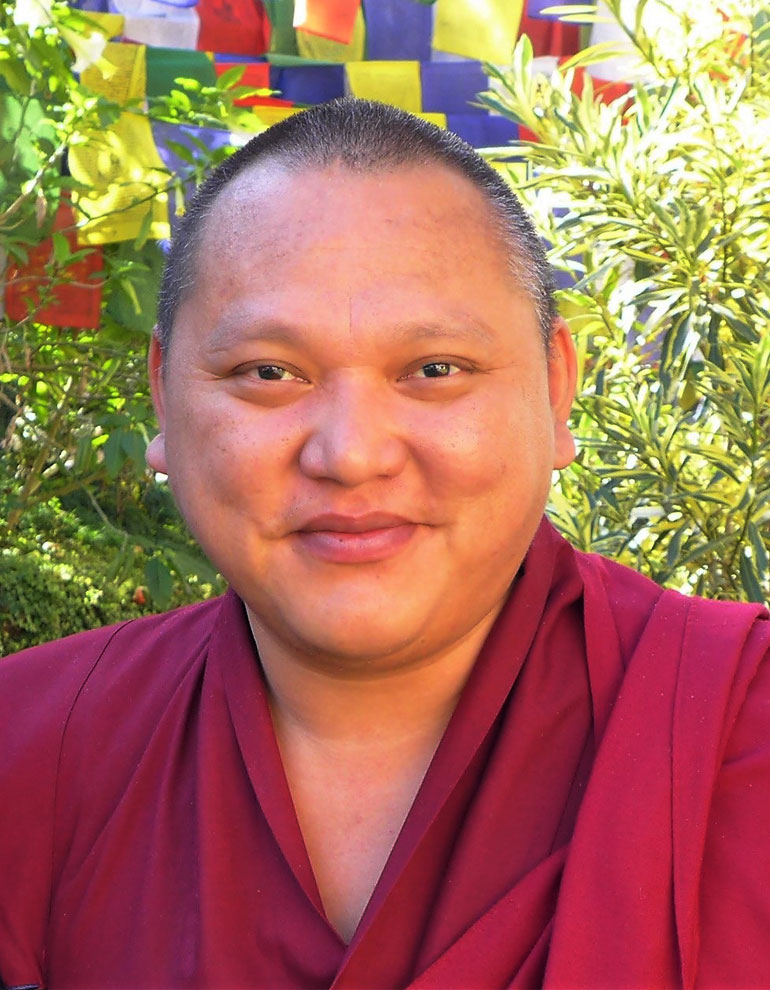 The re-incarnation of Shantarakshita.

Karma Khenchen is the re-incarnation of Shantarakshita(Great Abbot who bought the first Dharma lamp in Tibet). And He is also the Emanation of Vimalamitra.

"Here, In this great seat of Buddha conduct on earth,
the emanation of the Great Abbot will put on robes.
All who come into contact with Him will benefit,
When He pass He will dissolve into the expanse of Vimalamitra".

"At the time the human life span is 30 years long, or
When the Buddha's teachings have decline,
The foundation of the clear essence of the Buddha's teachings,
Shantarakshita's direct incarnation will arise,
Especially amongst the black mountain of Domed.
This Maha Siddha appears like lightning strike.

First Khenchen Rinchen Dhargye is one of the root disciple of Terchen Chogyur Lingpa who hold the extra-ordinary teachings.

He became monk at the Karma Gon (The 2nd Monastic seat of Karmapa). He relied on the omniscients lamas Jamyang Khyentse Wangpo and others great scholars and meditation masters.

He heard many teachings from the old and new traditons that ripen and liberate those who hear them.