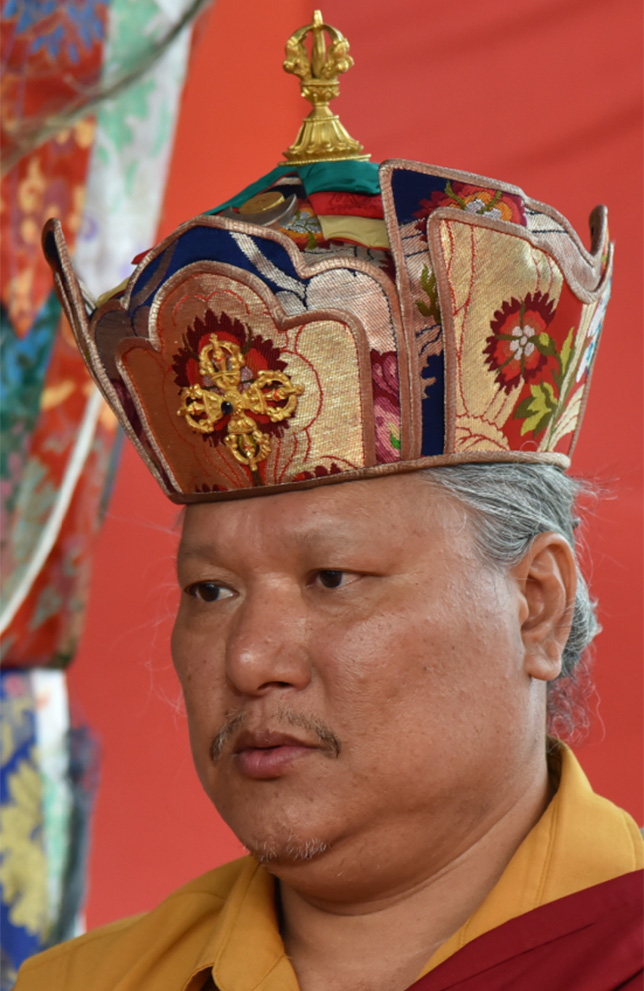 The 6th Sangtrul Rinpoche, the son of Karma Chagme and Pema Lhamo.

When Tibet underwent a huge change in 1959, the 5th Sangye Tulku Rinpoche said to Karma Chagme Rinpoche, “You, the 7th Karma Chagme must leave for India with your entourage. I am old, so it will be difficult for me to travel to India. However, I believe and pray that we meet each other soon because of our spiritual bond. You too should pray that we meet again soon.” Eventually, the scholar and adept Karma Chagme and his group arrived in Phuntsokling, Orissa, India through Assam. As requested by his many disciples, Karma Chagme established Ogyen Thekchokling, the first Nehdo monastery in exile in Tibetan Camp 5 in Orissa with the blessing from His Holiness the Dalai Lama and His Holiness the 16th Karmapa Rangjung Rigpe Dorje.